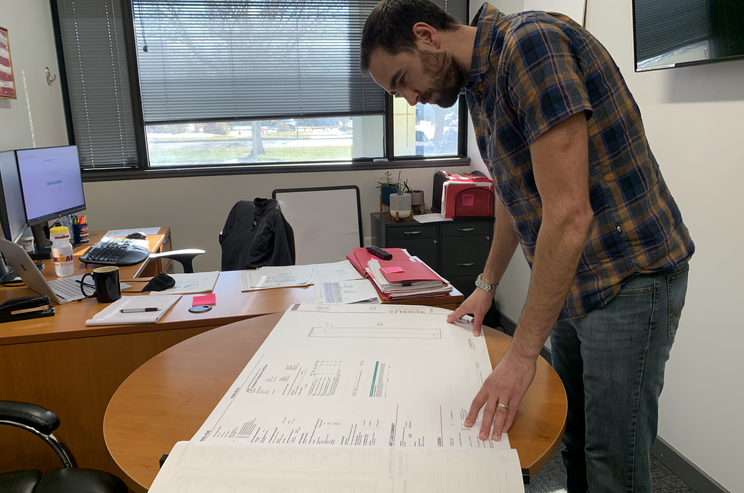 RK is thrilled to share that Jesse Davern, Chief Estimator for RK Mission Critical, has recently won the 2020 Q4 NextGen for Industry award from Thomas, which recognizes the accomplishments of the next generation of industrial leaders on a quarterly basis. Nominated by their peers or managers, these young professionals are driving industry into the future with innovative new ideas, exceptional thought leadership, and meaningful contributions to their area of business.

The news was featured in the article titled, "Building a New Business Division from the Ground Up, Jesse Davern Wins NextGen for Industry," where Jesse discussed the challenges and successes that he experienced while growing RK Mission Critical from the ground up.

Jesse is a Colorado native who has worked at RK for 11 years. He started out as an intern with RK Mechanical in preconstruction. Later he worked as an estimator, then senior estimator and eventually transitioned to to RK Mission Critical in 2015. He said that one of the biggest factors that led to his growth within the company has been the investment of RK’s executives, as well as the leadership from John Marrinucci, President and GM, RK Mission Critical, on how to build and scale a business. He hopes winning this award will bring RK Mission Critical some recognition and allow everyone on the team to grow together.