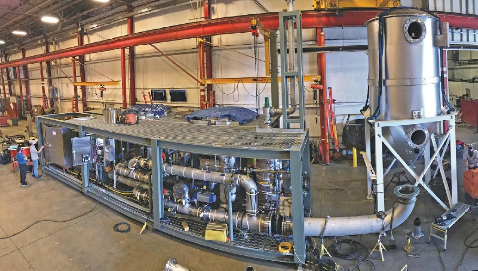 December 23, 2020 - Engineering News-Record (ENR) recently released their December 21/28, 2020 issue. RK is excited to share that we were featured on page MS19 in the article, "Versatile RK Is More Than Sum of Its Parts." The article states, "RK invests heavily in training and development, including a multidisciplinary apprenticeship program that combines on-the-job, classroom and lab skills training to provide multiple pathways into an industry desperate for new craftworkers." It goes on to quote Jon Kinning, Executive Vice President and COO, saying, "Our philosophy is that you have to grow your own, especially since our region is a 'talent desert' with almost negative unemployment in some trades." Speaking about RK's ability to expand both geographically and professionally, as well as hone its capabilities, Rick Kinning, President and CEO, was quoted saying, "We value creativity and nimbleness. If there's a market or new opportunity, we're able to jump into it." With the limitations and safety protocols that COVID-19 has introduced, Marc Paolicelli, Senior Vice President and CCO, discussed the silver lining to an otherwise challenging year. He says, "It's easier to share information digitally, particularly since we can link to existing data rather than having to reproduce it. At the same time, the increased communication drives better quality and accountability of what we do." Click here to read the full story. RK's Top Specialty Contractor win also appeared on page MS14.