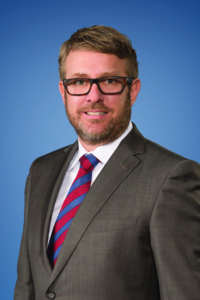 Jon L. Kinning, Executive Vice President | Chief Operating OfficerNovember 6, 2017 – RK was recently featured in the article "How Three Colorado Manufacturers are Closing the Skills Gap" on CompanyWeek.com, which was authored by Kreg Brown of EKS&H. In the article, Kreg profiles Mikron Corporation, RK and Woodward to showcase examples of how companies are working to close the skills gap due to Colorado’s manufacturing workforce shortage. RK's Executive Vice President and Chief Operating Officer, Jon Kinning, was interviewed for the piece and shared highlights of the RK Apprenticeship Program including the program's established minimum wage at $16 per hour and trade-specific toolkits offered to apprentices to ensure they have what they need to be successful. Jon is quoted in the article stating, "This may seem like a long process, but you have to think it through logically. If we want those well-trained third-year apprentices, we have to put them through the first and second years. And we have to keep in mind that after about 90 days they can be productive members of a team."